We are breaking out the old medal faking kit that last saw action about a year ago at Port Eliot Festival but this time in Aarhus, Denmark as part of Aarhus Festuge.

We'll be in Tivoli Friheden on Sunday 4th September from 12.00 and the last fake medal will be started at 17.00 so drop by to get the honour and glory you deserve!

We'll be bringing a lie generator this time and new and improved medal faking materials, so drop by and brings your wits, the lie generator feeds of wits.
Posted by Kenn Munk at 8/30/2011 0 comments

Tale of the severed head

Today I picked up a parcel from the post office, they'd sent me a letter that I had to pay some import fees - the danish postal service like their fees, this one broke down like this: Customs: 33 dkr, handling fee (that is, determining that I had to pay 33 dkr): 128 dkr VAT on handling fee: 32 dkr. A customs declaration was on the package so determining the value was not a 160 dkr job but when I saw the box, I couldn't really blame them for wanting to open it:

Despite the typo it's still a disturbing box to get your paws on, I should mention that the box was roughly head sized too. I'm not sure people who mail severed heads to people get boxes printed for them, though.

Once opened the contents were less disturbing: 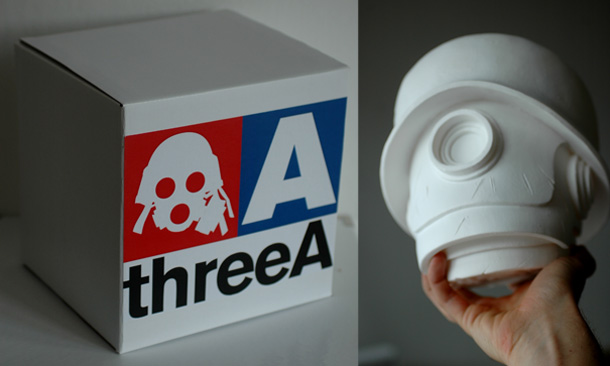 More as it happens. I will be customizing vinyl again for the first time in a while, this head is a bit daunting.
Posted by Kenn Munk at 8/15/2011 0 comments